A number of awards are presented annually at the Club ice show. The following is a partial list of recipients.

The Chapman Mercer Performance Cup is awarded to a club skater who demonstrates exemplary performance at competitions throughout the skating season. The cup first first awarded in 2015 to mark the club’s 50th anniversary, and is named in honour of Wendy Mercer, original club member, longest standing club coach, friend and champion of the sport of Figure Skating.

Program Assistant of the year awards

The criteria for this award are

This award is presented during an annual club Ice Show, Exhibition or AGM by a member of the Hall family if possible. The award was presented for the first time in 2009.
Criteria:
Active and currently registered adult volunteer whose efforts have produced specific, positive results in our club;
An individual whose contributions reflect passion for the sport and its participants;
An individual who has been involved in the sport of figure skating for a minimum of 5 years;
An individual who is an exemplary role model for other volunteers, skaters, coaches etc., and who leads by example; and
Past winners of this award are not eligible for re-nomination.

The Executive Committee is the selection committee, and are not eligible for this award. All nominations will be sent to the President of the club and the executive committee will then select the winner.

John Hall, an adult competitive skater who represented the club at international competitions (including the ISU Adult Figure Skating Competition in Oberstdorf, Germany) in 2006 passed away Sunday, October 14, 2007 after a year long courageous battle with cancer. John was a fine and committed volunteer, a former executive member of Prince of Wales SC, and part of the volunteer team at Mastercard Skate Canada. John led the way for adult recreational skaters in Newfoundland and Labrador, and made many friends in the adult skating community across Canada and internationally competing in France, Germany and across Canada. 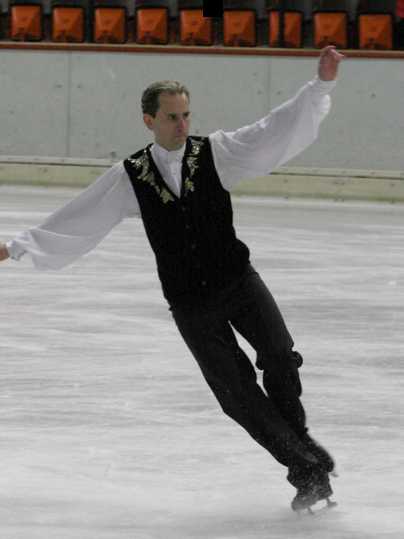 This award is made in memory of Olvia Burke, a participant in the Club’s PreCanSkate programme who passed away tragically on January 7 2008.